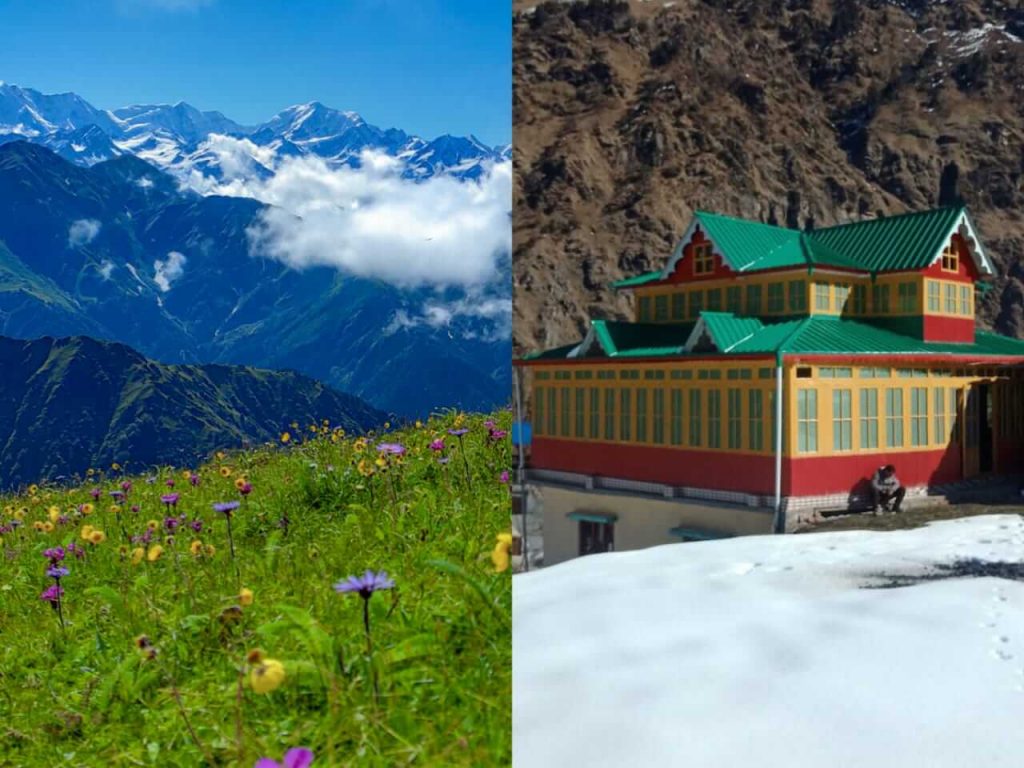 Talk to our travel experts

Situated in Inner Himalayas, Gulabi Kantha Trek is one of the most beautiful Trek in Uttarakhand. Despite lying close to Yamunotri Temple and the famous Dodital lake, this trek remains much less explored.

Gulabi Kantha (Literally Meaning Pink Mountain) is situated, in Uttarkashi district of Uttarakhand, at an elevation of 12,430 ft above sea level and according to locals, derives its name either from the pink flowers that bloom here in Spring season or the pink variety of rhododendron (Burans) flowers found in the region.

What make this trek more special is that it is an evergreen trek, i.e. it can be done throughout the year. In winters, this place remains dunked in snow which make it an ideal winter trek.

On the other hand, in summers one can enjoy the mesmerising view of vast meadow (Bugyal) of Gulabi Kantha. The meadow is spread over the 3.75 KM square area (2.5 km long and 1.5 km wide). Along with this, Gulabi Kantha could also offer a great variety of adventure sports opportunities such as skiing in future.

One can also visit Yamunotri temple after completing the trek and take Darshan of Maa Yamuna. Yamunotri is one the four holy sites of chardham of Uttarakhand. It is a delightful place well known for its snow-cladded hill top views and alluring trails.

It is the source of the river Yamuna, and also known to be seat of the Hindu Goddess Yamuna, daughter of sun god, Surya dev. There are hot water springs spurting out from the cavities of mountains nearby the temple. The temple opens at 6 in the morning and can be visited till 8 in the evening. The holy arti performed at 6pm in the evening.

Apart from this, trek also serves as a base camp for Darwa Top trek and Dodi Tal Lake Trek.

Darwa Top which is also known as Darwa Pass can be done from Gulabi Kantha. Situated at an elevation of 13615 ft. this pass connects the Ganga and Yamuna River Valley.

Whereas, Dodital Trek is one of the most popular treks in Uttarakhand. This place is know also known as ‘The Abode of Lord Ganesha’. There’s a beautiful temple dedicated to Lord Ganesha on lakeside.

The holy Dodital lake is named after the Himalayan Trouts, locally known as ‘Dodi’, which can be found in huge amount in lake water. One can trek from Gulabi Kantha Top to Dodital via Darwa pass. This lake is origin of ‘Asi Ganga River’ which meet the Ganga (Bhagirathi) river in Uttarkashi City.

Exhilarating road trip to Base Camp of Gulabi Kanthi Trek is an adventure in itself. The upper reaches of Yamuna Valley in Uttarakhand are particularly quiet during the freezing winter.

One can get the first sight of snow-cloaked Bandarpoonch Massif from Barkot. Further, a temple dedicated to Maharshi Jamdagni, father of Lord Parashuram who was the sixth avatar of Lord Vishnu, is located in Than Village near Barkot. Lord Parashurama’s mother Renuka is also a popular deity in this region.

Gangnani is another destination enroute Hanuman Chatti where locals believe that the confluence of three holy rivers (Ganga, Yamuna and Saraswati) in Hindu religion occurs. It should be noted that this Gangnani is not to be confused by another Gangnani enroute Gangotri Highway.

Another attraction on the route to Gulabi Kantha are the wooden multi-story houses that are hallmark of the Rawain Region, where the trek falls.

Let us take you on a journey to experience the cultural wealth of the Rawain region of Uttarakhand.

(Dates can be customized according to you plan)

Rahul

Read More
It was a wonderful experience on Gulabi Kantha trek with Wettarakhand. I was overwhelmed. The most i liked about their services is delicious food served during the Trek. The whole team was supportive specially guide Bhola ji.
Karthik

Read More
It was my first experience with WeUttarakhand. I and my wife went on Gulabi Kantha trek with 10 other fellow trekkers. It was an amazing experience. All arrangement was done great. I will defiantly recommend this to my friend.
Ruhi

Read More
I did Gulabi Kantha Tek in 2021 with weuttarakhand. I must say the services was as good as the view was from Gulabi kantha top. The whole staff was humble and supportive all the time. Homestay, food and other services was top notch. looking forward to more adventure with you guys.
Previous
Next

How to reach Hanuman Chatti?

Hanuman Chatti is 170 KM far from Dehradun. You can book a taxi or share ride in local vehicle to reach Hanuman Chatti.

We can arrange vehicle for you from Dehradun to Hanuman Chatti and return at an extra cost.

Yes! Gulabi Kantha Trek is recommended to beginners without any prior experience.

What is best season to do Gulabi Kantha Trek?

Gulabi Kantha Trek can be done all around the year. This trek comes under all-seasoned Himalayan trek category.

What is the difficulty level of Gulabi Kantha Trek?

Difficulty level of Gulabi Kantha Trek is from easy to Moderate. In winters trek become a bit difficult comartively to summer season because of snow covered trails.

During the month of December to April, one can definitely find snow on Gulabi Kantha Trek. The snowfall usually starts from Nov-Dec month.

When does it snow on Gulabi Kantha trek?

During the month of December to April, one can definitely find snow on Gulabi Kantha Trek. The snowfall usually starts from Nov-Dec month.

• If cancellations are made 30 days before the start date of the trip, 15% of total tour cost will be charged as cancellation fees.

• If cancellations are made within 30-15 days before the start date of the trip, 50% of total tour cost will be charged as cancellation fees.

• If cancellations are made within 15-0 days before the start date of the trip, 100% of total tour cost will be charged as cancellation fees.

• In case of unforeseen weather conditions or government restrictions, certain activities may be cancelled and in such cases the operator will try his best to provide an alternate feasible activity. However no refund will be provided for the same.

Note: We holds the right to change/cancel the policies, without prior notice.

• Sturdy hiking boots: with good ankle support. If you do not own a pair yet, it is advisable that you buy one as soon as possible & wear it often so that they are well broken. This will help prevent blisters.
• Hiking Bag
• Light weight tennis shoes/sandals: for wearing in camp.
• Wool socks: 2 pairs: preferably thick wool socks.
• Nylon socks: 2-3 Pairs, of the type you wear daily to be worn under the wool socks to prevent blister.
• Hiking shirt/T-shirt: 2 Preferably long sleeve
• Warm shirts & pants for camp: 1 each
• Rain Coat/Poncho: 1 each
• Warm Jacket: 1
• Woolen gloves : 1 pairs as thick as available in the market.
• Under wear: 2-3 changes • Hiking shorts/pants: 1
• Sun hat: Cotton or nylon.
• Sun Glasses : Preferably with an anchor
• Sun Protection Lotion. Lip balm/chap stick
• Water bottle: 2 Bottles of 1 Liter capacity. (Carry 1 Thermos flask)
• Head lamp/flashlight: Preferably a headlamp as it leaves your hands free to work please bring extra batteries.
• Toiletries: Tooth brush/paste, toilet paper, soap. etc

(You Can also rent some of these essential things from us)

Talk to our travel experts

Did not find what you are looking for? No worries!

Fill the form and get a callback from our travel experts

WeUttarakhand is Uttarakhand based leading Tourism and News/Media Company. We have around 5 lakh+ audience base all over the social media. Our Travel and Adventure packages are planned and organised by the best in the industry by keeping in mind the client’s comfort and saftey.

© All rights reserved to WeUttarakhand Group.

Made with ❤ in Uttarakhand